I smiled with eagerness as I stepped into the PRASAD van about to take me to nine different nursery schools as part of PRASAD Chikitsa’s nutrition program. I could smell the milk in the big can that sat behind me, as well as the steamed matki sprouts (lentils) and the small bunches of bananas. PRASAD Chikitsa passes out this food six days a week to undernourished children between the ages of one and six years old as well as expectant mothers, serving between 800 and 1000 beneficiaries a day. 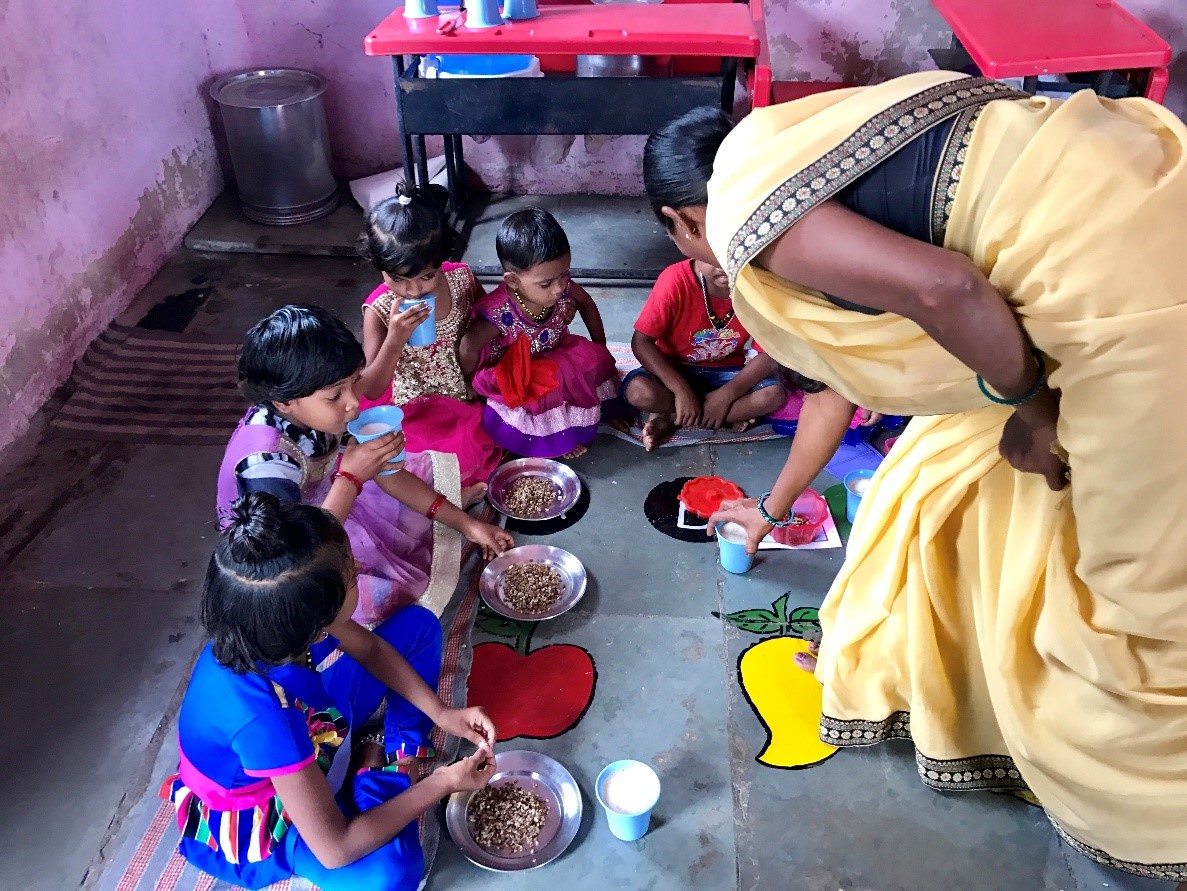 One of the teachers helping pass out food to the children

The first school we visited was a small, one room establishment. Some of the older kids ran outside with big smiles on their faces to greet us. As per the tradition in schools here, we left our shoes outside, as we did in all the other schools we visited. As soon as we came inside, all the kids excitedly shouted, “Good Morning Ma’am, Good Morning Sir, Good Morning Didi (older sister – a respectful term to address an older girl or woman)” – most of the kids in all of the schools greeted us in this adorable way. 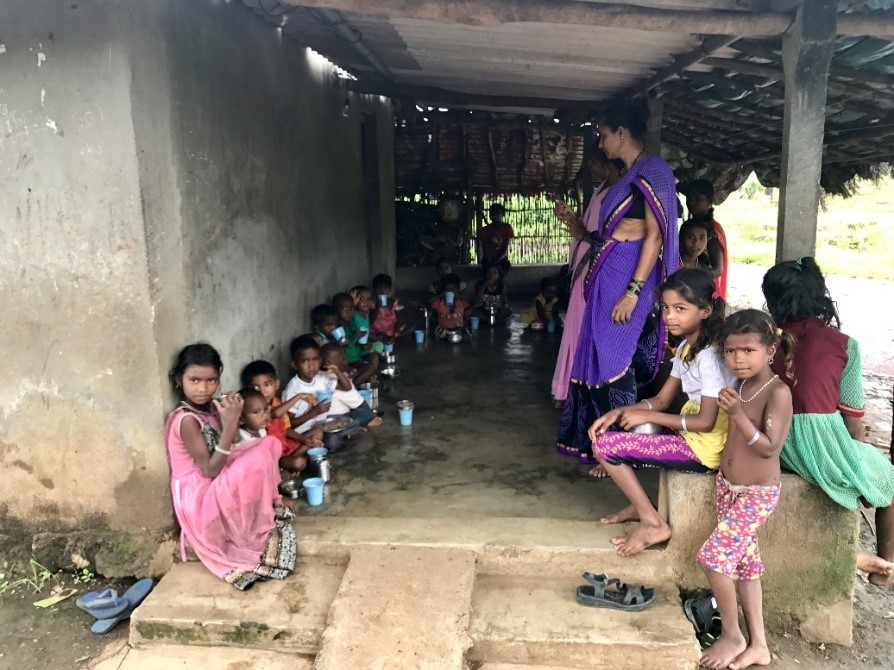 In every school we went to, some outdoors, some indoors, all the children sat down in a circle or a line. We went around the room, serving the food to everyone as soft laughter and conversations filled the room. Some of the kids had small plates, others had containers, and yet others ate from the containers’ lids, using it as a plate. In all of the schools, everyone sat on the floor and ate with their hands. Serving the matki sprouts (my main role) to all of the children was an incredible and humbling experience for me. 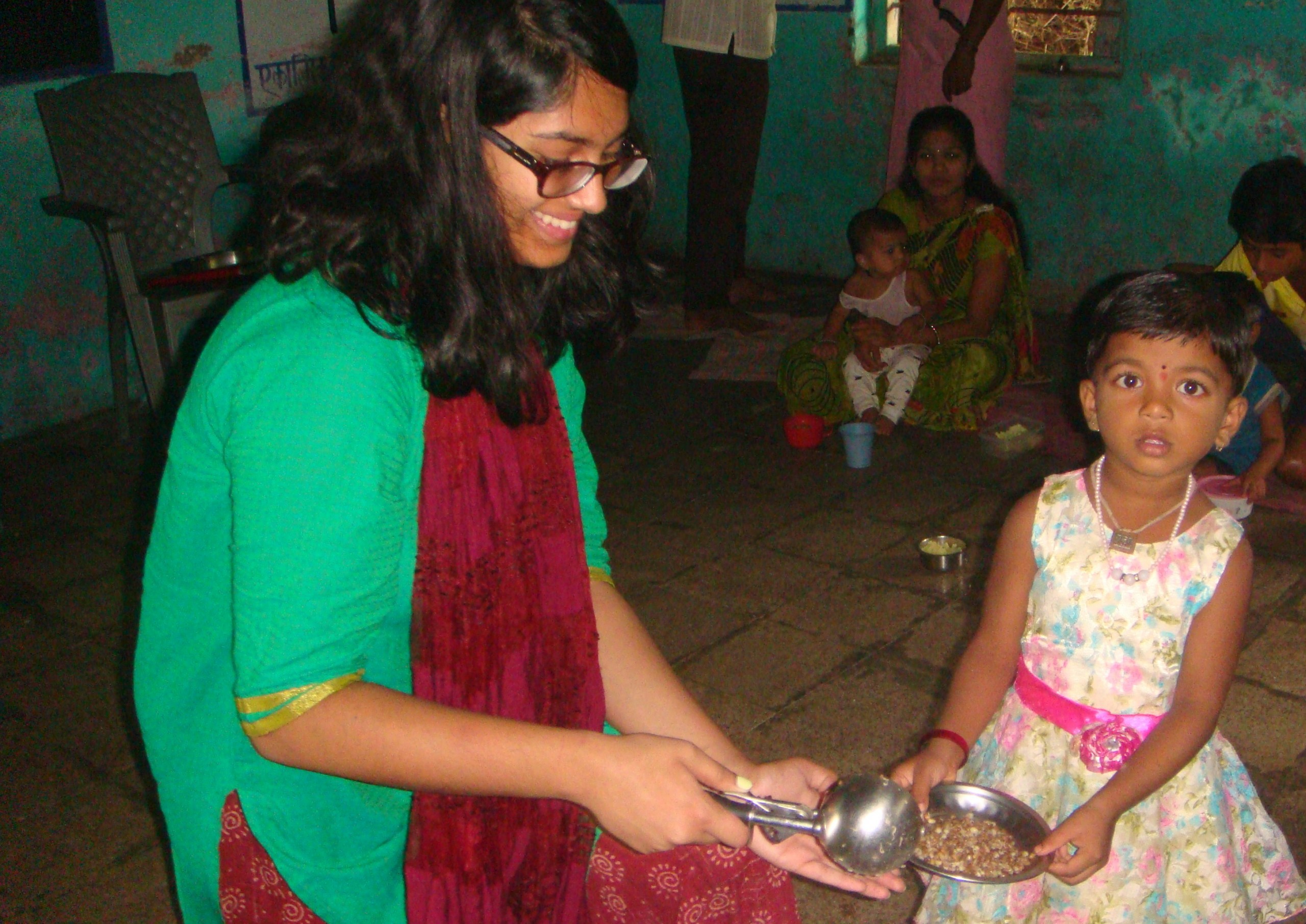 Many of the kids in the schools we visited wanted to share with us the things they had learned – at age six they had already memorized many poems and songs in Hindi, English, and Marathi (the regional language). I loved hearing some of the classic nursery rhymes and remembered that I had learned them when I was in kindergarten, and found myself singing along with them. 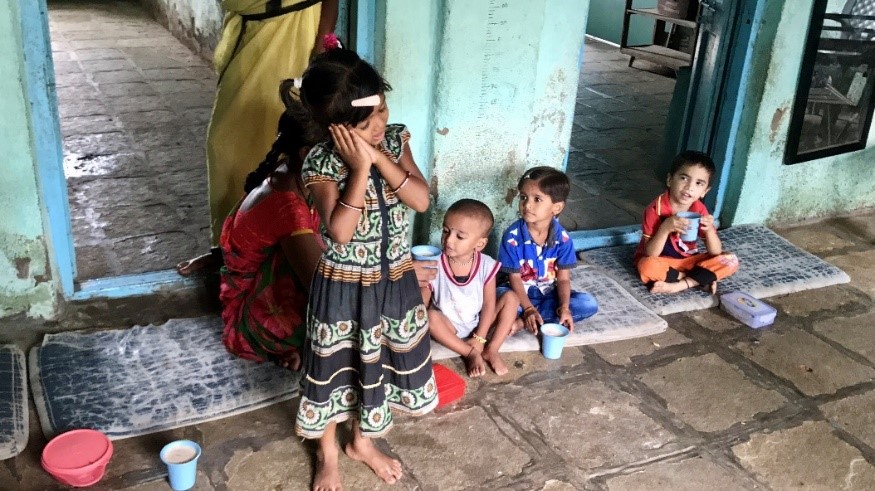 One of the children reciting a Marathi poem with her own unique style of acting it out.
In this picture, she is reciting a poem about a fish that went to sleep. 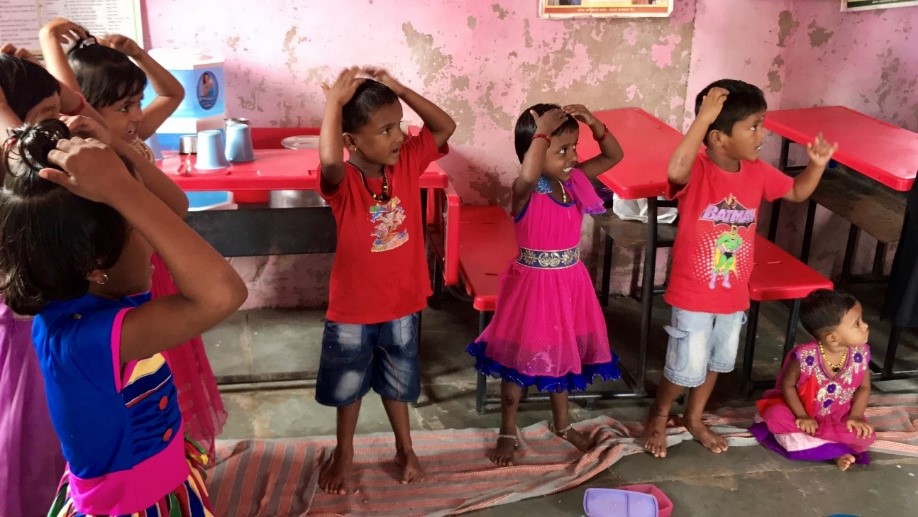 Some of the older children in one of the schools sing and act out the classic
“Heads, Shoulders, Knees, and Toes” for us.

One little boy started to speak to me in broken English when he found out I had come from America – I later found out that many of the five and six year olds understood all three languages, and were learning to read and write them! I was amazed at their knowledge of so many languages at such a young age with so little resources! Coming from a background in which I have everything I need, it was amazing to see and experience how content they were with whatever little they had. 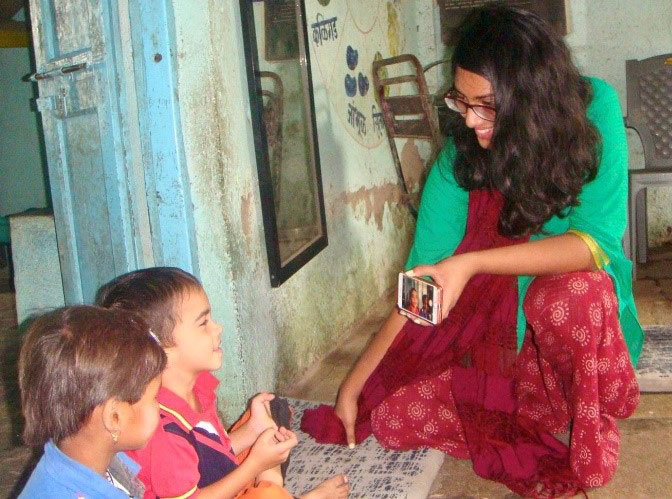 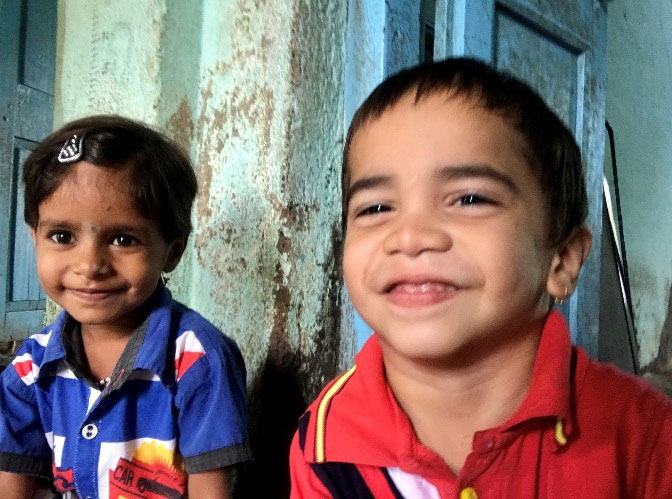 Here, I am showing Hansika Yadav and Rudra Patil how to take a selfie, and then they try it for themselves!

What struck me the most about these children was that they were no different from me when I was a kid, nor from any other kids I had ever known. Their curiosity about the world and love of all people around them reminded me that every child interacts with the people and things around them, regardless of their socioeconomic status, their country, or their gender. It made me wonder when and why these issues become obstacles as we get older and eventually become adults. What prompts people to feel either insecure or better than other people, just because they have more or less money or come from a different background?

The children I had the pleasure of meeting couldn’t care less whether I was from a big city halfway across the world, or lived in a village next to them. Although I lived in a completely different environment, no preconceived notions came into play when they talked to me – I was simply another person interacting with them.

As I continued to observe and interact with the children throughout the morning, one question kept coming back to me: When did we, as teenagers and adults, start letting things like different socioeconomic and cultural backgrounds influence how we think of people, sometimes even before we meet them?

Thank You PRASAD Chikitsa for this truly humbling experience!

Until next time, Arpita