The PRASAD Project is a Non-Government Organization (NGO) in special consultative status with the Economic and Social Council of the United Nations.

PRASAD is deeply committed to maintaining strong financial health and accountability and transparency about its programs and operations.  As a result, PRASAD has received top ratings and recognition from charity rating organizations and other publications:

GuideStar is the world’s largest source of information about nonprofit organizations.  Platinum is their top level.

At Great Nonprofits, volunteers, donors and beneficiaries share their experiences with and rate their charities of choice.

PRASAD was featured on the respected financial website “The Street” as one of 30 recommended charities, top-rated for transparency, accountability, and financial health.

The charitable work of The PRASAD Project has its roots in the 1930s, when Bhagavan Nityananda offered food and support to villagers in the Tansa Valley in Maharashtra, India. Swami Muktananda continued this great work through the 1960s and 1970s.

In the early 1980s, Gurumayi Chidvilasananda expanded the philanthropic initiatives in the Tansa Valley to include nutrition, community development, and medical services such as a hospital and diagnostic center, the provision of modern eye care and comprehensive dental care, a mobile clinic and tuberculosis and HIV/AIDS programs.

In 1992, Gurumayi initiated the establishment of The PRASAD Project as a central organization to oversee and support humanitarian projects around the world.

The PRASAD Project is an effective and acclaimed humanitarian organization that holds special consultative status with the United Nations Economic and Social Council. 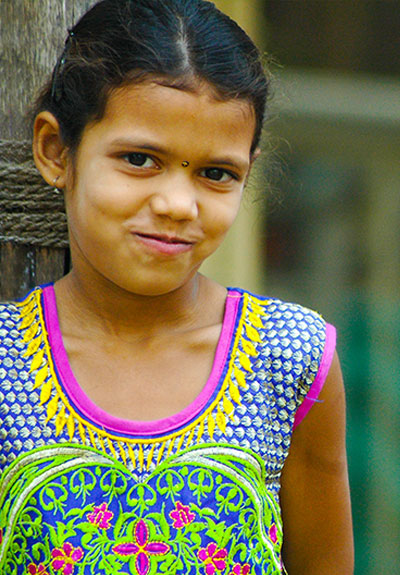 PRASAD has three fundraising licensees, in Australia, France and Spain. These entities are dedicated to raising funds and bringing global visibility to PRASAD’s work around the world, particularly the programs in India.

●   India – PRASAD Chikitsa is based in Ganeshpuri, India, in the rural Tansa Valley. PRASAD Chikitsa touches thousands of people every year through its healthcare programs and sustainable community development initiatives.

The PRASAD Project is a not-for-profit organization committed to improving the quality of life of economically disadvantaged people around the world. PRASAD (Philanthropic Relief, Altruistic Service And Development) is a philanthropic expression of the Siddha Yoga path. The PRASAD Project was initiated in 1992 by Gurumayi Chidvilasananda, spiritual head of the Siddha Yoga path.

The PRASAD Project works in partnership with people to benefit children and communities in need, regardless of race or belief. PRASAD implements innovative solutions that respond to local conditions and cultures.

PRASAD envisions healthy communities, prospering in harmony with the natural environment, where people are inspired to improve the quality of their own and others’ lives.

PRASAD’s humanitarian work is possible thanks to the generous financial support from private donors and corporate and non-profit sources.

MAKE A DONATION >
We use cookies and other identifiers to help improve your online experience. By using our website you agree to this. To learn more, including how to change your settings, see our cookies policy.OkCookies Policy