Celebrating the 25th Anniversary of The PRASAD Project! It all began with a mobile hospital.

Home/News/Celebrating the 25th Anniversary of The PRASAD Project! It all began with a mobile hospital.
Previous Next

Celebrating the 25th Anniversary of The PRASAD Project! It all began with a mobile hospital.

Can you imagine waking up one morning and walking outside to find a mobile health clinic set-up just beyond your front door? Now imagine that scenario taking place in a remote village in rural India in the 1970s! Even in the United States there were only a handful of such mobile operations at that time, yet the Shree Muktananda Mobile Hospital was an innovative answer to the isolated Tansa Valley’s health crisis. Launched on May 6, 1978, the public transport bus converted to a medical clinic, staffed by trained doctors, was able to traverse the difficult roads and drive to the heart of a remote village, parking in the shadiest spot where a long line of patients had formed. 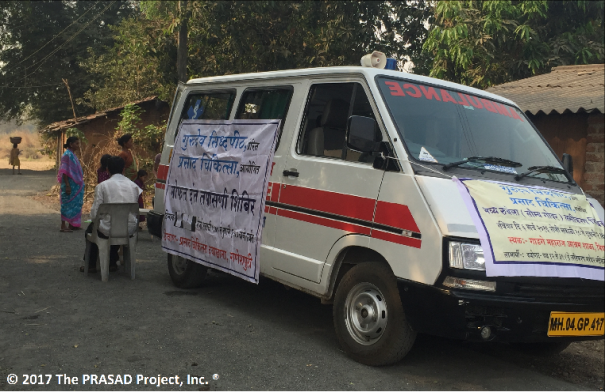 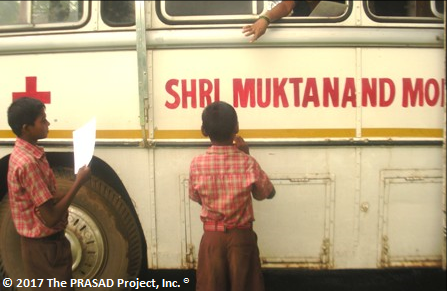 In rural areas of India, the lack of reliable transportation and basic infrastructure make access to basic healthcare difficult and expensive. Without easy access to basic health education or care, the majority of deaths in rural areas are caused by illnesses that are not only treatable, but often preventable, such as tuberculosis, heart disease, typhoid and malaria.

Before the PRASAD Chikitsa’s nearby Anukampaa Health Centre opened and offered preventive, general and specialized health care to the area, the mobile hospital was visiting seven different villages five days a week. Today the medical staff travel in a modern new vehicle to three villages a day twice a week, seeing as many as 50 people per day for a wide range of ailments. 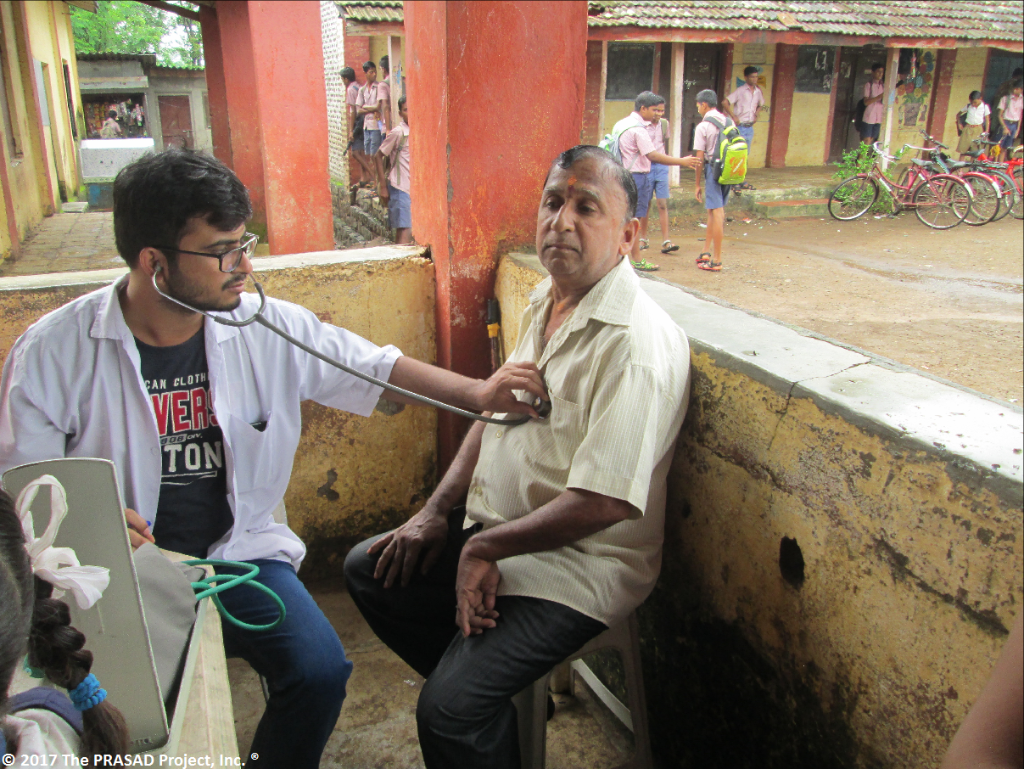 Sadashiv, a 65 year-old resident of Dikivali, came to the mobile hospital suffering from partial paralysis. He had previously received treatment from a private hospital, but his condition was not improving. When the mobile hospital came to his village, the medical staff found the cause of his paralysis, and with regular follow-ups and proper medication, Sadashiv is now able to walk using only a walking stick.

Thanks to PRASAD, for more than 49 years the Adivasi tribal population and others living in the rural Tansa Valley region have continued to benefit from convenient and easy access to comprehensive health care in their own villages.

More than a million people have been treated by the Mobile Hospital since 1978!

The success and sustainability of the mobile hospital inspired PRASAD to launch many more initiatives in the Tansa Valley, and every year we are helping thousands of people live healthy lives and support their own communities.

In honor of the PRASAD Project’s 25th anniversary,
we invite you to join our celebration
by making a donation today!

Thank you for your support!
The PRASAD Project