Netraprakash (Light of the Eye)

Home/Blog, News/Netraprakash (Light of the Eye)
Previous Next

Netraprakash (Light of the Eye)

Nearly 75 % of people in India over the age of 60 either have cataracts or have had cataract surgery. Impaired vision or blindness from cataracts can lead to complete financial and physical dependence, and in India’s rural Tansa Valley, not being able to work or be independent can be devastating to an individual or a family.

In the early 1990s, PRASAD Chikitsa hosted the first eye camps in India’s Tansa Valley, performing more than 2,000 surgeries, mainly for cataracts. The camps, named Netraprakash (Light of the Eye), were the largest of their kind in the world at that time. Doctors and volunteers worked from dawn through late evening to perform eye screenings and surgeries. The camps also provided diagnostic screenings and treatment for a range of eye problems. During the camps, more than 31,000 people were screened, 13,500 received new glasses, and tens of thousands of vitamin supplements were distributed. 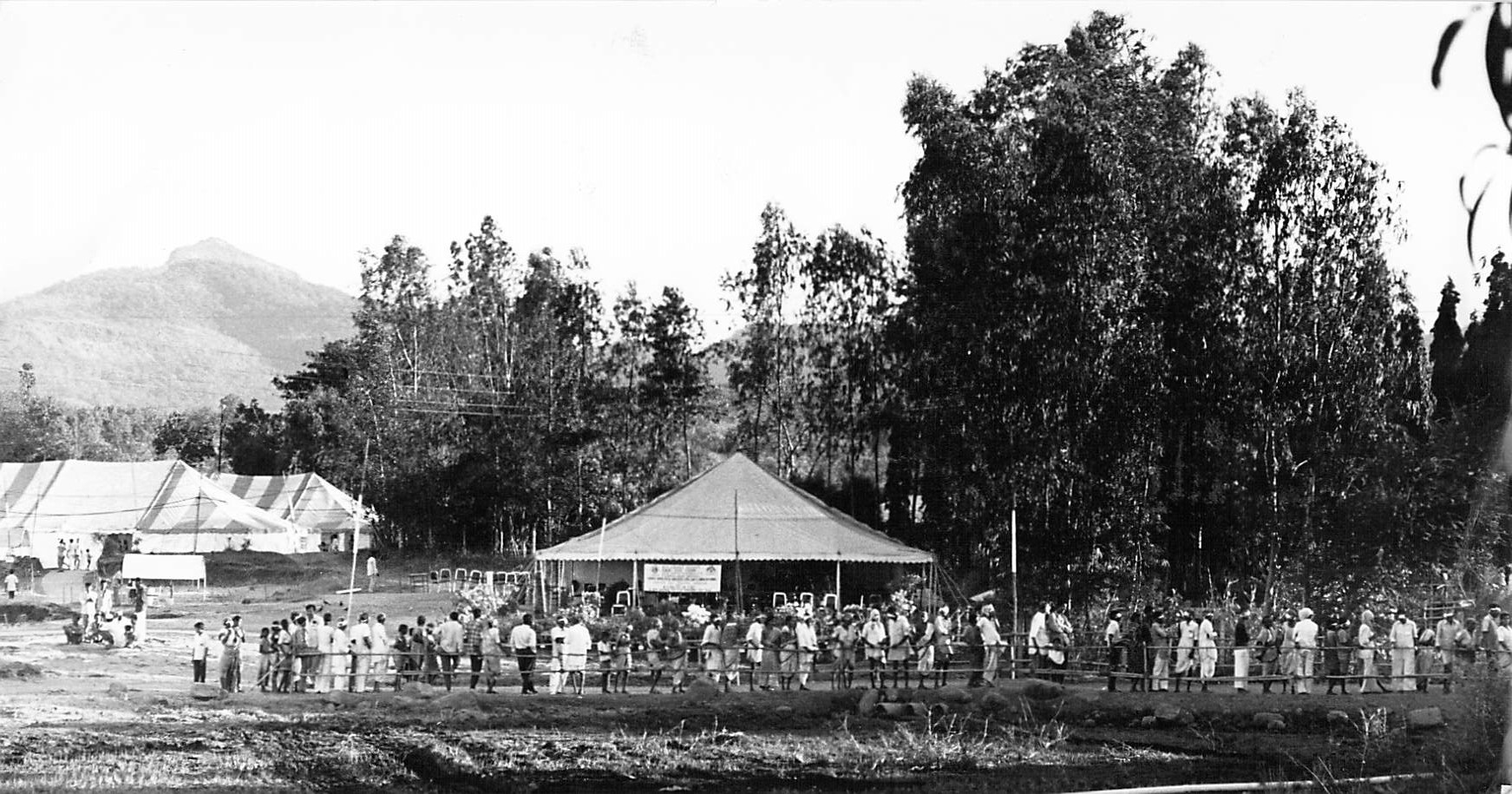 A PRASAD volunteer described the crowd at Netraprakash 1993: “The volunteers would arrive at the site of the camp just at dawn and find perhaps a hundred people were waiting for them. By 10:00 there were 1,300 people in the line, and by the time the screening crew left — at some point quite late that night — they had seen 3,000 people.” 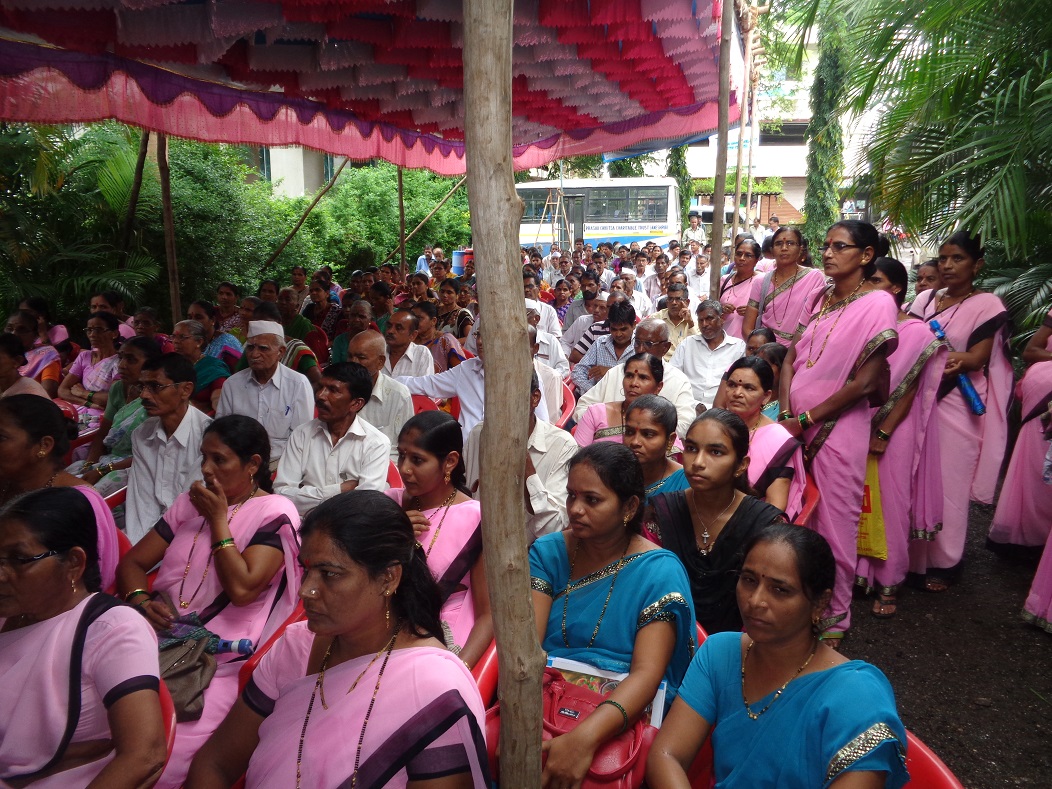 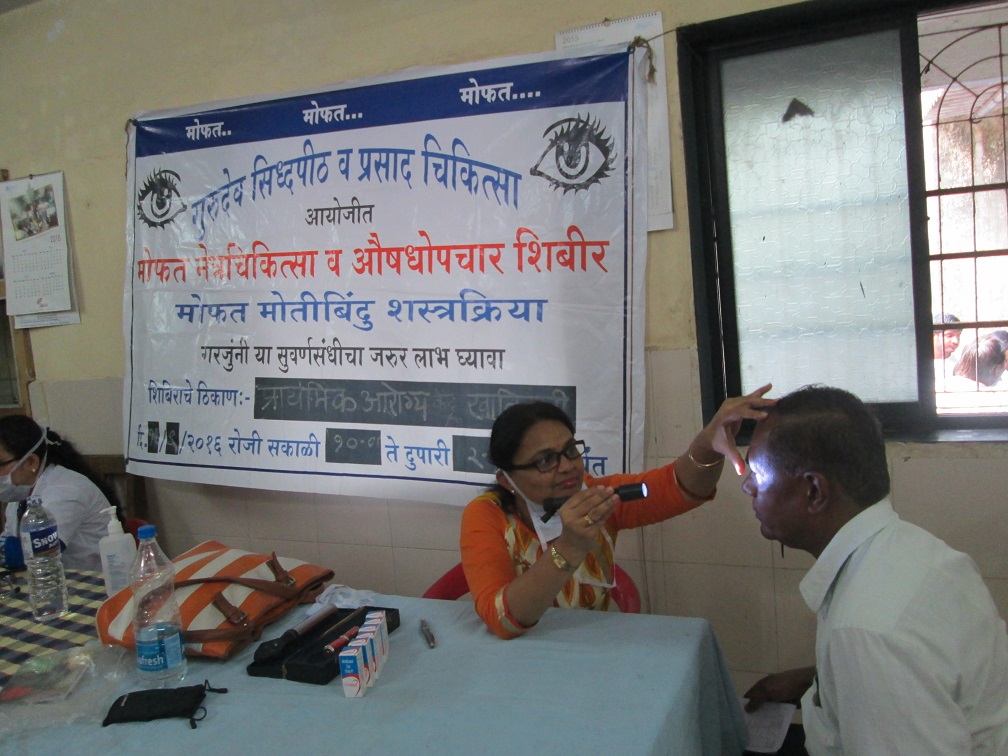 PRASAD works with local leaders to organize eye screening camps like this one in Khanivali, which saw 425 people. These camps provide early diagnosis of eye problems, prescription glasses and patient referrals for eye surgery. 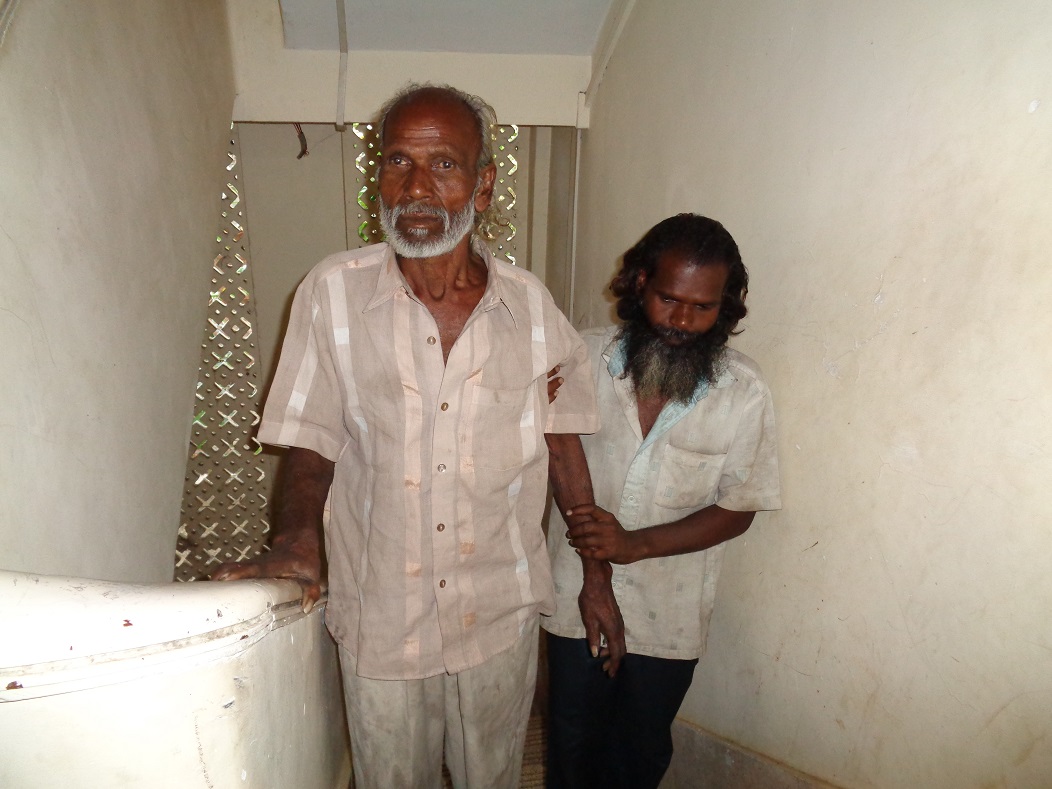 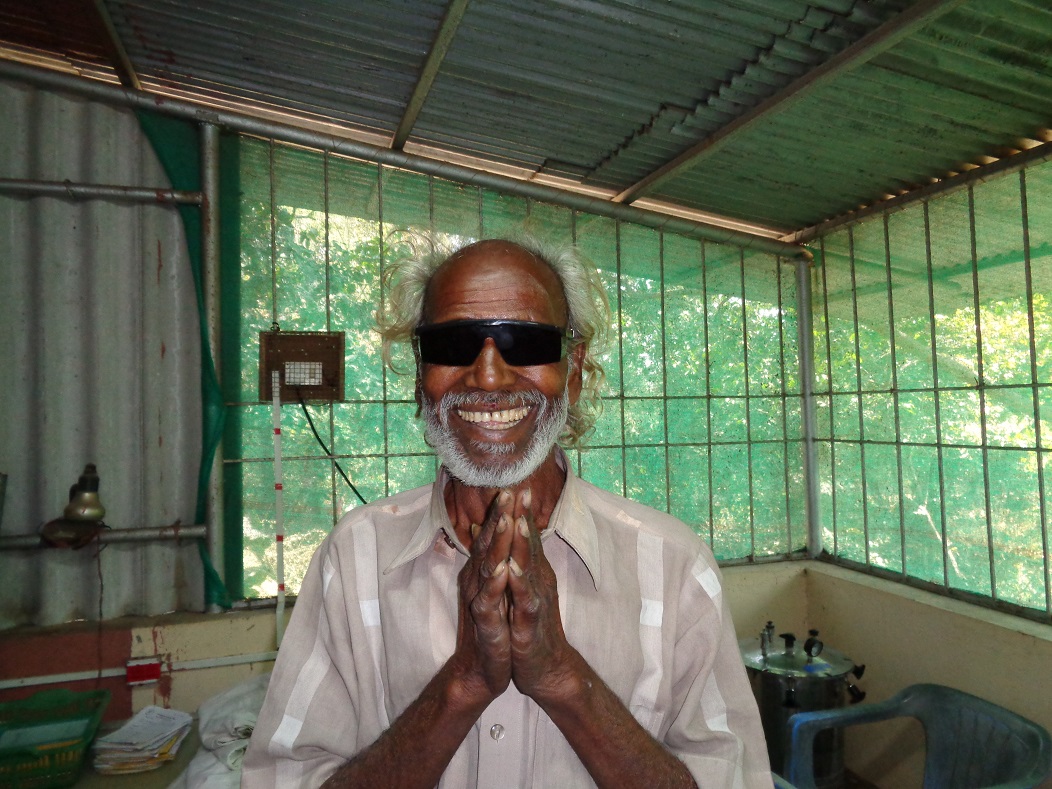 “My name is Nilkanth and I am 70 years old. I recently lost my vision and could no longer work. I became depressed because my cataracts left me dependent on my sons. PRASAD Chikitsa’s doctors performed my eye surgery, and when they removed the bandages I was overwhelmed with joy to be able to see again and to walk without assistance.”
Since 1990, PRASAD Chikitsa has provided eye screenings, treatment and surgery for more than 200,000 people. Please help us continue this meaningful work by becoming a PRASAD partner. Each $50 monthly gift will provide one eye surgery, restoring one person’s vision and independence. Donate today!
Warmly,