A small building covered with a large blue tarp greeted me as I, along with my parents, who were accompanying me for the day, stepped out of the PRASAD van. The building I was looking at was the Anukampaa Health Center, PRASAD Chikitsa’s hospital.

I had the opportunity to go inside and meet with much of the PRASAD staff, as well as meet many of the incredibly welcoming doctors volunteering at the hospital. 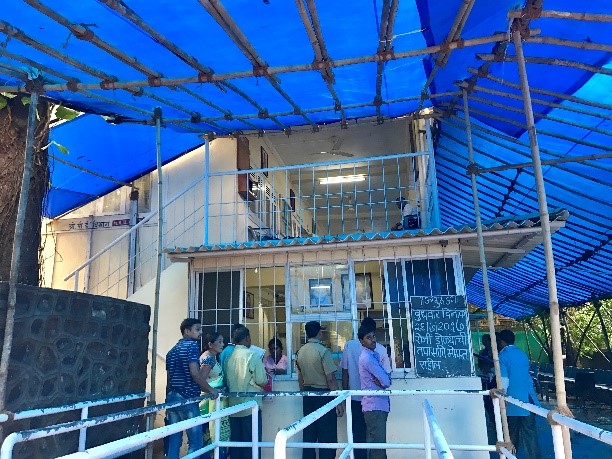 The Anukampaa Health Center from the outside

They gave me a small tour of the hospital, during which it was fascinating to see and compare the differences between hospitals here and in San Diego, as well as the difference in the kinds of patients in each location. 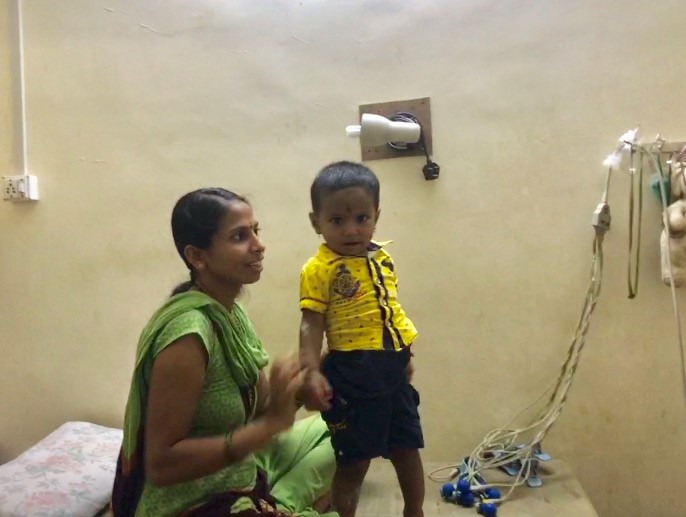 A 3 year old patient and his mother, who had come into the hospital for a checkup 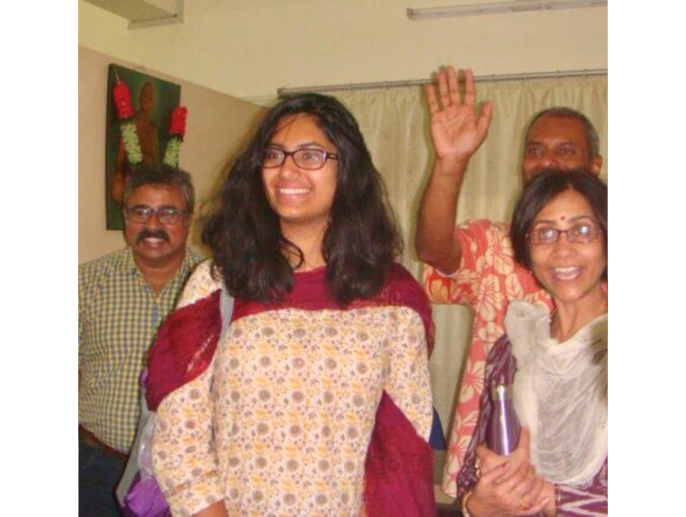 For example, I discovered that many people come to PRASAD’s hospital to get tested for HIV infection, which is a very common in the Tansa Valley area. Now, however, with more and more information being spread by PRASAD about the dangers and prevention of HIV, the number of people being diagnosed with HIV (in Tansa Valley) has been reduced to less than the national average! 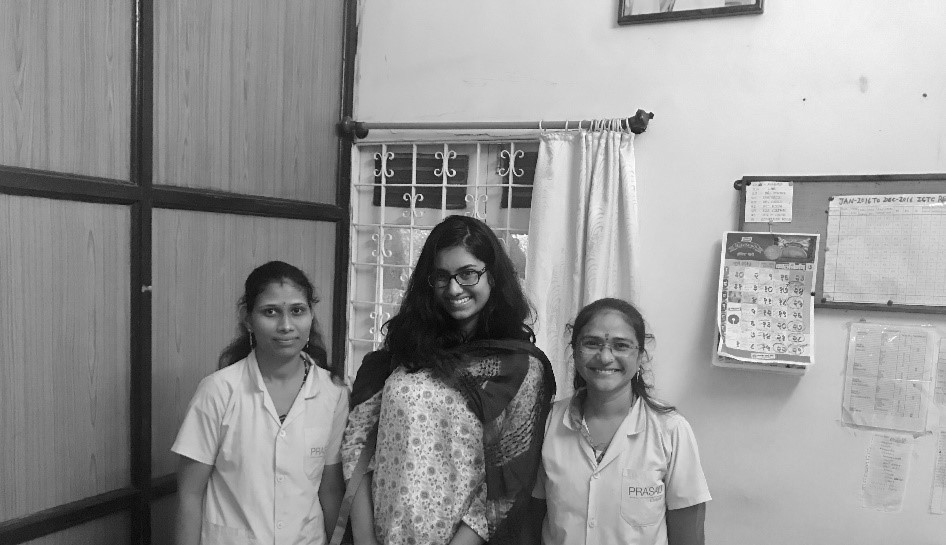 Since there were no surgeries that day, we were able to see the operation room while it was being cleaned. There was a sharp sterilized smell in the air as soon as we walked into the room. We were asked to put on gloves and change our shoes before stepping into the one room operation theatre, which I was told, had the full set-up for the numerous eye surgeries performed inside, including the laser instrument used for certain surgeries. 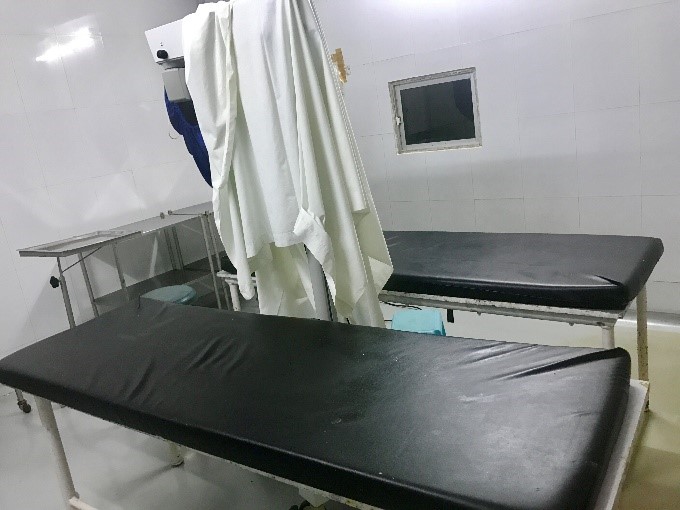 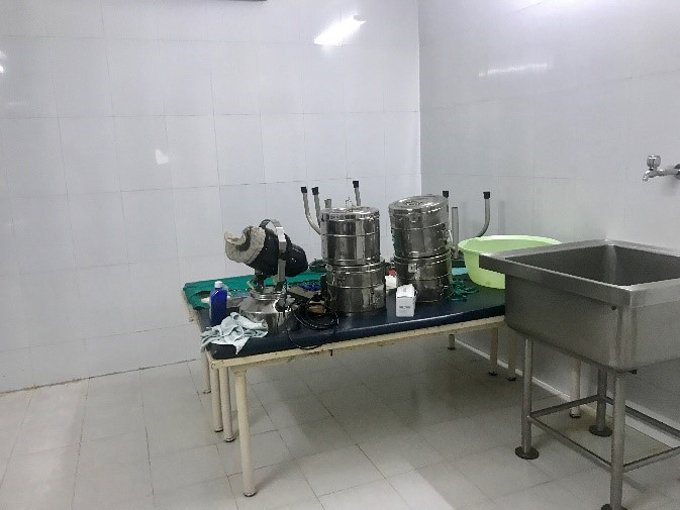 To the left, is the operation room, and to the right is the pre-op room with much of the equipment for the surgeries, about to get sterilized

Being from a big city halfway across the world, I never even imagined some of the challenges that face people from the small villages scattered throughout Tansa Valley. For example, an issue that faced the hospital was the patients’ illiteracy. Most of the people who came to the hospital could not read or write, which made quite difficult simple things that people generally can do easily at hospitals. These things included taking medicines (how many pills to take at what time), and eye exams (the eye charts used to perform exams have letters on them). 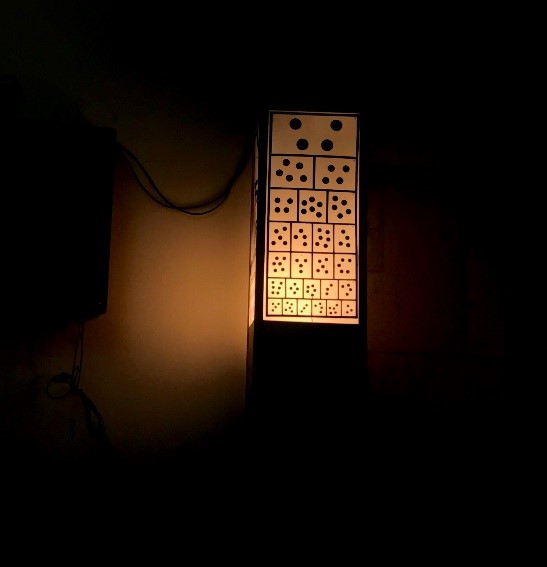 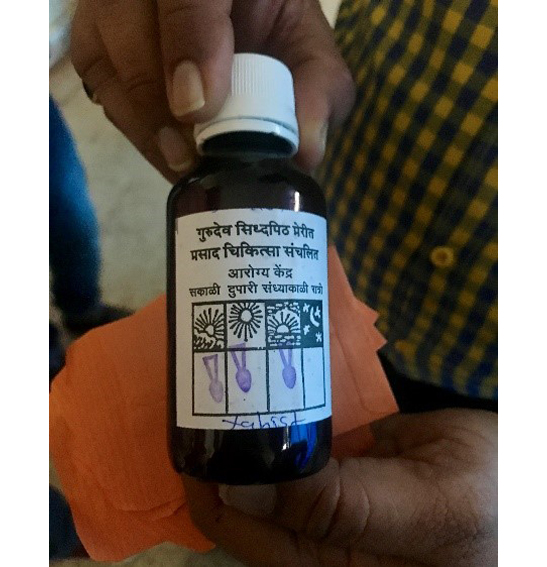 The first picture is of an eye chart composed of a different number of dots, and the second is of one medication bottle, with stamps of the medication dosage under a photo representing different times of day

I was also appalled to learn that many girls stop going to school and stop receiving education after they start menstruating, purely because they don’t have the resources they need at school. To combat this, PRASAD had installed simple sanitary napkin dispensing machines in the girl’s bathrooms in different schools around Tansa Valley. It was hard for me to even imagine that all it took was these simple machines to ensure that many girls in rural India continue their education. 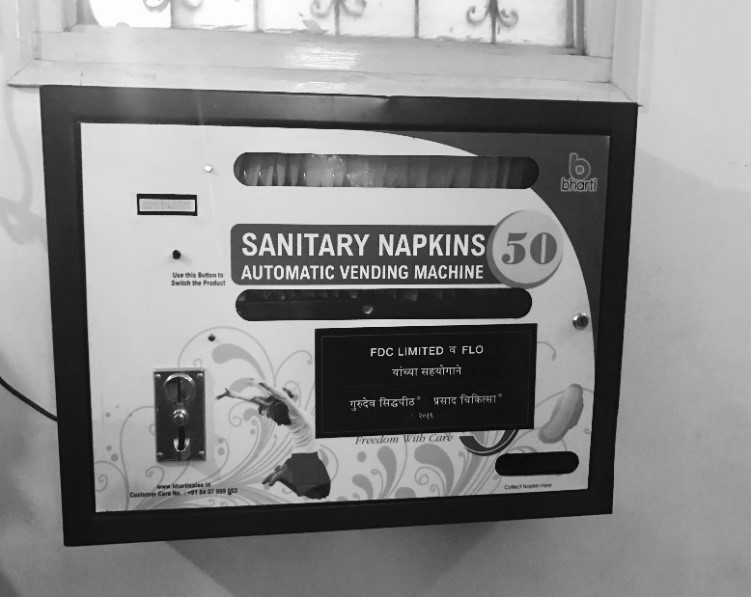 The machine that has helped many girls stay in school – each pad is 2 rupees (about 3.5 US cents) for them to buy.

Learning about how the health programs of PRASAD Chikitsa expanded and flourished, I started to understand how all efforts to make substantial changes to the world started small. Just as PRASAD’s health programs began with a mobile hospital on a bus (The Muktananda Mobile Hospital), and then introduced eye camps and cataract surgeries, and now has many health initiatives to help more and more people, not just in India, but also in Mexico and the US, I realized that each and every one of us can also change the world – no one needs to start big. Even if it is just helping a few people here and there, or volunteering your time even once a month, everyone and every organization starts somewhere, and then grows.

From visiting the hospital and hearing about all the people that the hospital had helped, I realized that bringing about a big change in the world can really start with something small. Whenever I used to look at all the people really changing the world for the better, I only saw the huge things they were doing – not the small steps they took to get there.

Thank you PRASAD, for another awesome experience.
Until next time,
Arpita