Home/experience/Lalla Lalla Lori… Doodh ki Katori (A lullaby in India: “A Bowl of Milk”)
Previous Next

I had the incredible opportunity to volunteer with PRASAD’s nutrition program a few more times near the end of my stay in India. After three consecutive days of going out to the many different schools to serve milk and occasionally matki sprouts and other vitamin supplements, I grew accustomed to the smell of warm milk in the air, to driving through the bumpy roads of rural India, and of course, to interacting with the cute children in all the schools, from whom we all have so much to learn. 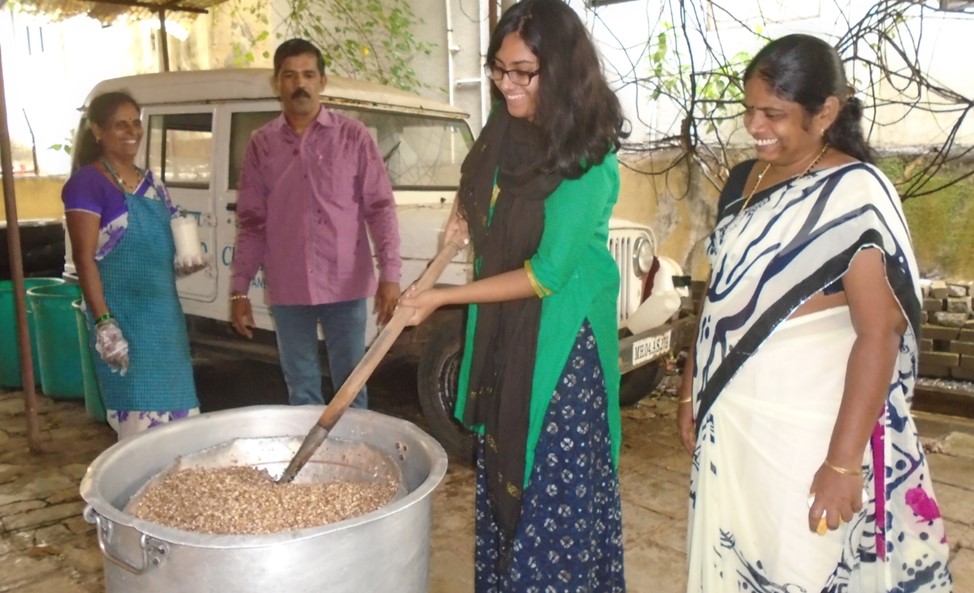 I stirred the mixture of matki sprouts one morning, a couple minutes before we left for the schools

One morning, as we were loading PRASAD’s van with huge canisters of milk and iron supplements, three sisters, the oldest not more than eight, ran up to us with big smiles. One of the PRASAD staff told me that the three girls come to the PRASAD office every morning to drink a glass of milk each. I was appalled to learn that the girls’ parents didn’t want to send them to school, despite schooling being free for them (their economic status allowed them to do so under Maharashtra’s education laws). The girls spent most of their days at home.

The oldest one, probably seven or eight, did most of the work around the house. She washed all the dishes and all the clothes, and cooked dinner for the entire family on many of the nights, as their mother spent most of her time working, and their father just simply doing nothing. I couldn’t believe that their father could be so indifferent towards his own children’s future, especially when it was so easy for him to send them to school. It breaks my heart to think of these three children, so full of life, being deprived of the endless opportunities I’ve always been able to enjoy.

After loading the van with milk, we spent the mornings serving all the children in the many nursery schools we visited. I helped pour milk into the jugs from the big canister resting in the van, and then brought the jugs of milk into the classrooms. As I had mentioned in my second post, these children would stand as soon as we entered the room and sing, scream, or whisper a “Good Morning” to us.

Pouring milk for a cute eight month old baby (the girl at the far right is the same one I met when we went to the Kitchen Gardens named Thrishta – her mother also remembered me and we had a conversation about how the garden was coming along)! 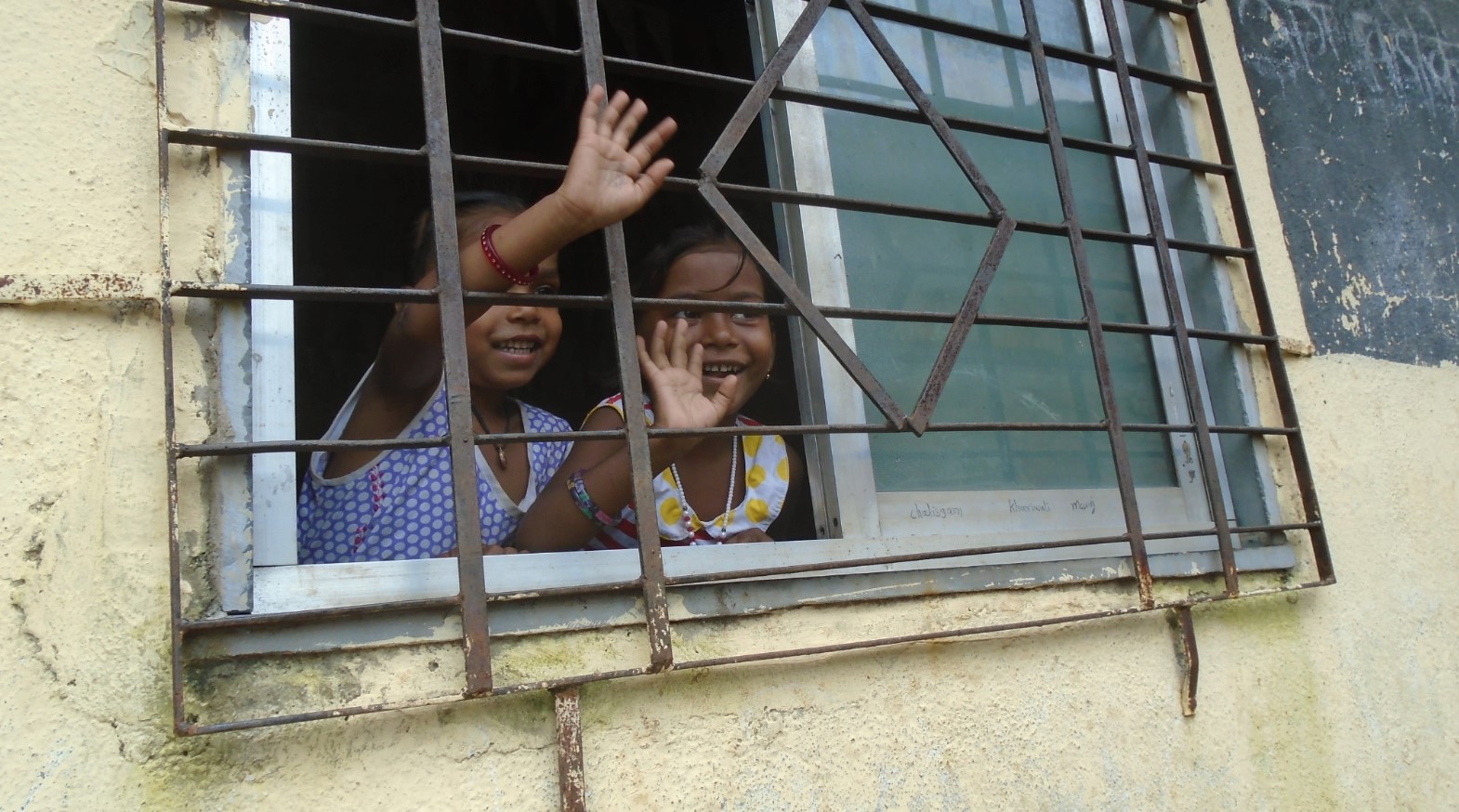 Two girls waving to us as our van left their school

I went around the room with another PRASAD staff member passing out cups to everyone, and then filling them up with warm milk. One day, we even gave the kids chocolate milk, or “Bournvita” (a popular brand of cocoa powder), in honor of a PRASAD staff member’s birthday. 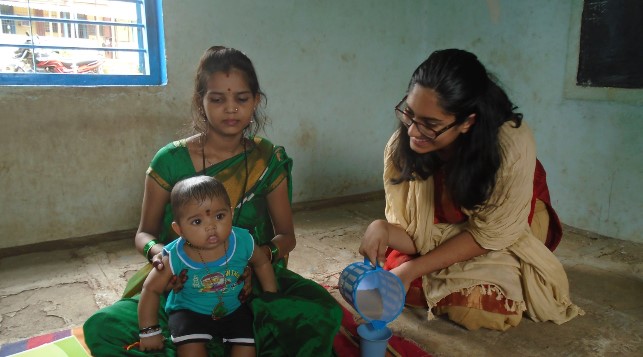 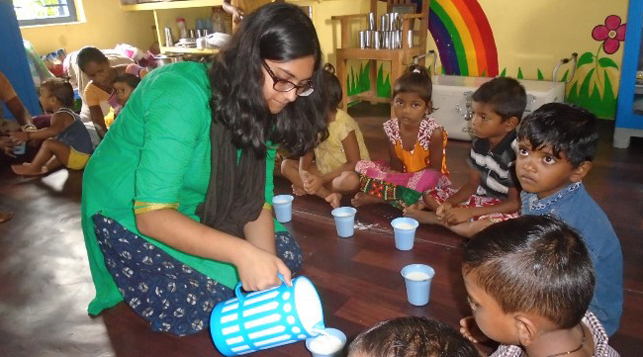 Pouring milk for the kids (chocolate milk in the left photo)

The older ones would sometimes race to see who could finish their glass of milk first, a white milk mustache usually acting as evidence of their frolic after they finished. With big smiles and small toys and stuffed animals in both hands, some children would often invite us to play with them after drinking milk, an invitation that we would happily accept. 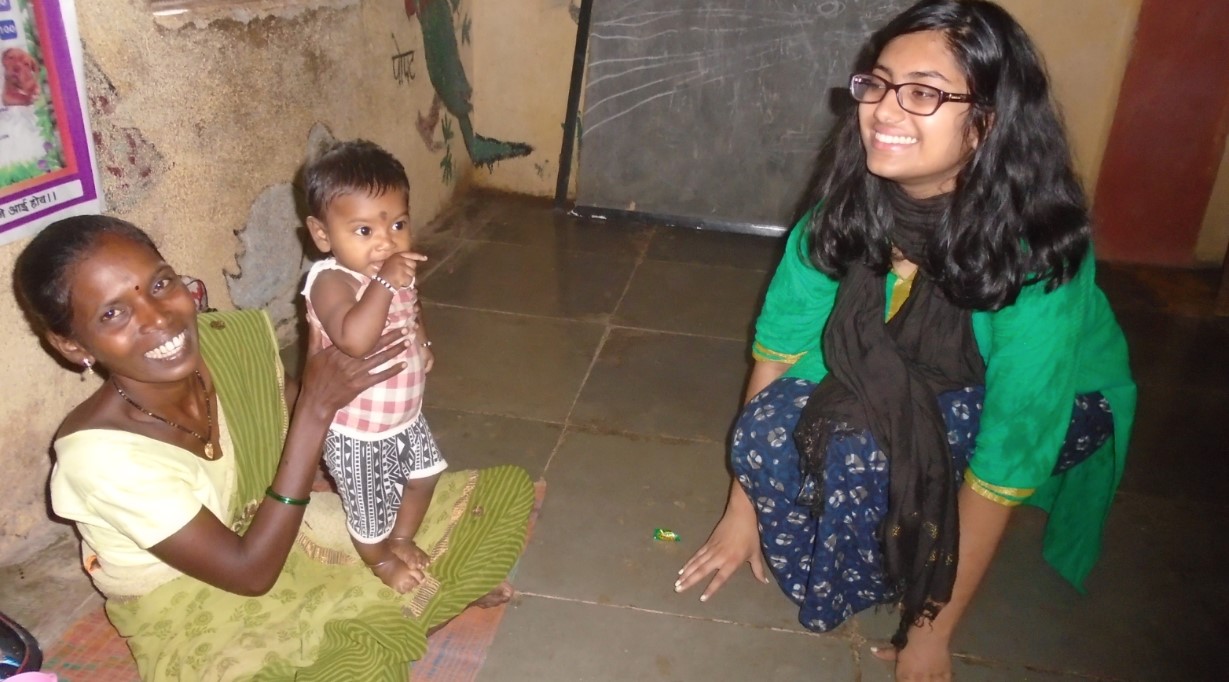 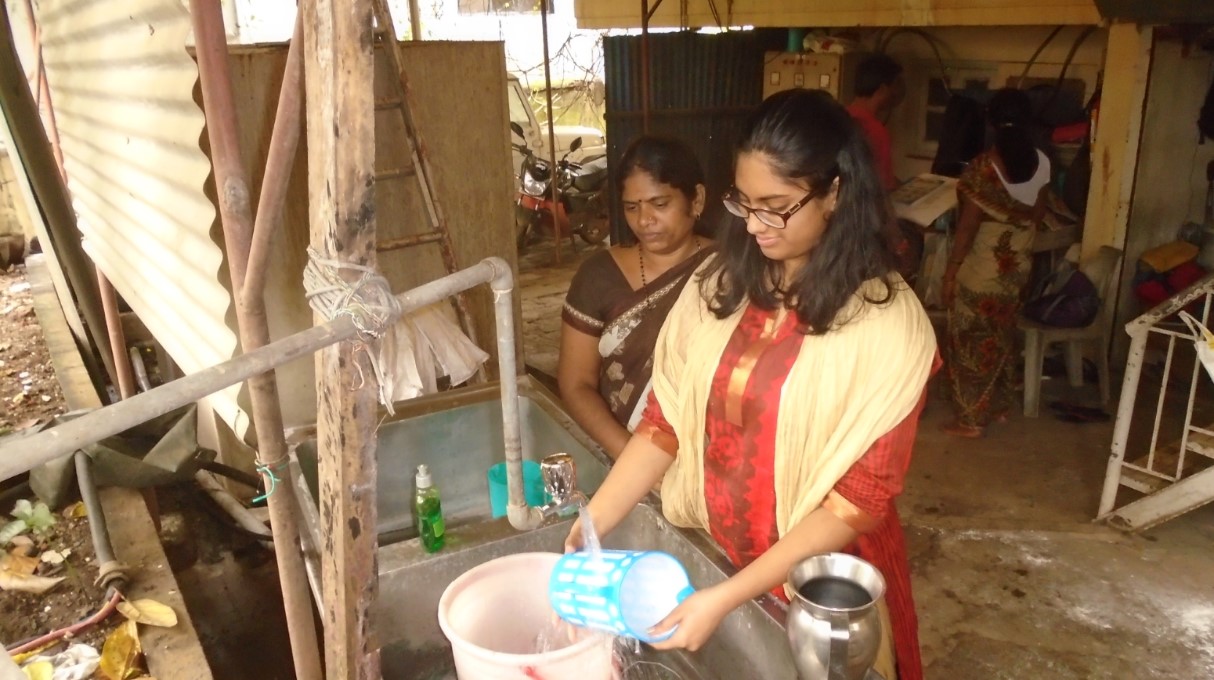 I loved spending time with these kids, and they made me think of one truly admirable quality I saw in them their way of being so real about everything. As in, if they felt happy, they would smile. If they felt sad, they would cry. It was incredible to see how simply they interacted with one another and with me. It’s interesting to think about how and why we start to make things so complicated as we grow up. Meeting so many children over the few days I spent with PRASAD’s nutrition program reminded me of the beauty of simple and joyful interactions.

Thank you PRASAD for these incredible and inspiring mornings spent serving these wonderful children milk through the Nutrition Program!